given to Western House Hotel

Awards for the Hotel

The four star Western House Hotel opened in June, 2005 and ever since then has won award after award underlining its reputation as one of the top hotels in Scotland.

Western House Hotel has been voted the best in Scotland at the third 2018 Scottish Hospitality Awards held on Tuesday at the Crowne Plaza Hotel in Glasgow.

The aim of the awards is to acknowledge the success of local professionals and establishments from restaurants and hotels to festivals and venues. The winners are chosen by members of the general public and reflect the high standard and customer service of the Scottish hospitality industry.

At the same awards Ayr Racecourse was voted Sports Venue of the year ahead of the other finalists who included Hampden Park, Murrayfield Stadium, Celtic Park, Ibrox Park and Hamilton Racecourse.

“When you consider the very many fine hotels there are throughout Scotland for Western House to win overall Hotel of the Year is an outstanding achievement and a credit to the staff.

“The honour of being voted Sports Venue of the Year is a major coup for the Racecourse team given the incredibly high standard of the major sporting venues there are in Scotland. We are proud that both the Racecourse and Western House have been recognised in this way.”

In 2016 we were crowned Wedding Venue of the Year at the inaugural Scottish Confetti Wedding Awards. At a glittery ceremony in Glasgow on Sunday 31 January Western House beat off a string of other venues to win one of the night’s most prestigious awards.

In 2014 we were voted the most Romantic Hotel of the year by laterooms.com 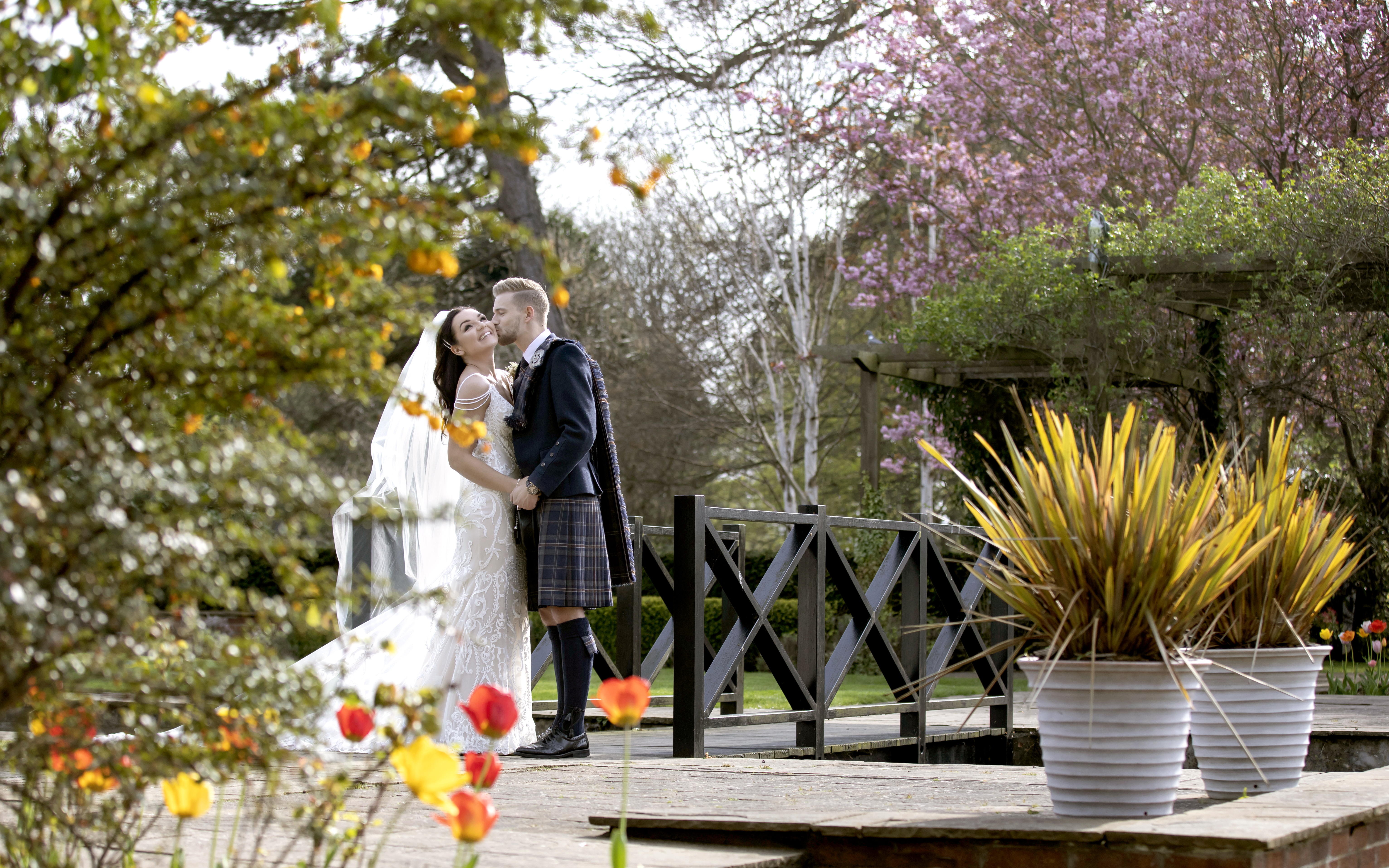 At a glittery ceremony in Glasgow on Sunday 31 January, Western House beat off a string of other venues to win one of the night’s most prestigious awards.

Scottish brides and grooms nominated their favourite venue which were then visited by a “mystery shopper”.

Hotels the length and breadth of Scotland were nominated and Western House received the principal award of the night which also saw gongs going to a variety of businesses and professionals connected to the wedding industry.

David Brown, Managing Director of Western House Hotel and Ayr Racecourse said : “To be chosen as the Wedding Venue of the Year at such a prestigious event covering the whole of Scotland is a tremendous accolade and a huge honour.

“It speaks volumes for our staff and it is fitting that this award is to a large extent chosen by brides and grooms who have obviously enjoyed their wedding day so much they have felt moved to nominate Western House.”

This award reiterates the passion and quality put into the food served here at the hotel and we could not be happier to have been granted it. The award aims to raise the profile of Scottish food and ensures that establishments which hold the award adhere to the standard both in how the food is sourced to how it is presented, which is something we at Western House take very seriously.

Officially the Best in Britain! Western House Hotel at Ayr Racecourse won one of the most prestigious awards in the UK hotel industry.

We were voted the UK's number one Luxury Hotel in the Laterooms.com Simply The Guest Awards beating off competition from thousands of hotels throughout Britain.

The annual accolades are based on guest reviews and ratings published on the Laterooms.com site one of the world's leading hotel reservations website.

Reviews can only be left by guests who have booked via the website and guests are asked to rank the accommodation in detail in categories including customer service, cleanliness, food and room quality, value for money and family friendliness.

Western House achieved top spot with an impressive 96% of guest recommending the hotel to a friend and 97 % saying they would stay again.

The awards ceremony, presented by television star Alex Brooker and streamed live online was held in the Savoy Hotel, London.

Alex Brooker, host of Simply The Guest, said : "The Western House Hotel has proven it is a 'cut above' over the last 12 months having been consistently highly rated by guests who have stayed there.

"It was a pleasure to be able to recognise the hard work of the whole team at the hotel and I hope this official Laterooms.com shout out goes some way to rewarding everyone involved."

Western House Hotel is now officially a member of the prestigious tripadvisor Certificate of Excellence Hall Of Fame.

This accolade is only awarded to businesses that have won the tripadvisor Certificate of Excellence for five years in a row.

The Certificate of Excellence can be earned only by receiving consistently great reviews on  tripadvisor - the world's largest travel site.

This accolade, which honours hospitality excellence, is given only to establishments that consistently achieve outstanding traveller reviews on TripAdvisor, and is extended to qualifying businesses worldwide.

Establishments awarded the Certificate of Excellence are located all over the world and represent the upper echelon of businesses listed on the website.

Chef de Partie Billie White was the class winner in the Dessert Challenge winning a silver medal with judges commenting she showed outstanding composure in what was her first ScotHot competition.

Sam Shields won the Hygiene Award for Chefs showing skills, knowledge and understanding of HACCP and hygiene standards. A merit award in the Sustainable Fish Dish Seniors competition also went to Sam, Junior Sous Chef in what was his first senior competition.

Chef de Cuisine Paul Cuthbert was placed fourth, picking up a merit award in the Meat Dish section.  Paul has competed in the ScotHot event since 1985 and has won more than 40 awards at ScotHot, and 20 international awards including the gold medal at the World Culinary Olympics in London in 2000.

Paul will continue to be involved at ScotHot in a mentoring role to his team of chefs.

Ayr Racecourse Managing Director David Brown said : "This was a fantastic set of results and a reward for the team in their pursuit of excellence.

"Paul, Billie and Sam will be among the chefs spearheading the catering team that will provide hospitality food to more than 20,000 during the Coral Scottish Grand National weekend. We are proud of our chefs and this is further proof of the standards they achieve."

The ScotHot Awards Ceremony was held recently in the Hilton Hotel in Glasgow and our picture shows from left Sam Shields, Billie White and Paul Cuthbert.

LateRooms Romantic Hotel of the year 2014

It's official! Western House Hotel in Ayr has been voted the Romantic Hotel of the year in Britain 2014.

The four star venue at Ayr Racecourse was given the accolade by LateRooms.com, one of the world's leading hotel reservations website, in their first ever Simply the Guest Awards.

Only one other hotel from Scotland featured in the top 10 and no other Ayrshire hotel was listed.

Western House Hotel Manager commented: "This is a huge honour for everyone at Western House. This award is based purely on genuine guest reviews so it means a lot to us.

"When you think of some of the hotel locations in the world for Western House to win this award is exceptional. In the hospitality industry LateRooms.com is a major, major website and to be recognised in this way in their first ever Simply The Guest Awards is very special."

A spokesman from LateRooms.com said: "We launched our Simply the Guest Awards to find and recognise the hotels that our guests simply love the most - like Western House Hotel. This is based solely on genuine guest reviews and is the only award of this type in the U.K."

Some of the comments from guests included: "Staff were very professional and friendly. Excellent restaurant menu and quality of food. Very relaxing surroundings.

This is the second time I have stayed here and I won't stay anywhere else when I revisit. Staff were extremely friendly, the rooms were nice sized and very clean. The restaurant staff were attentive to my every need. Dinner service and breakfast was excellent.
Jerry M Berkeley