No matter the circumstances, no matter the size... grand or intimate, big or small, we have the perfect wedding set up for your needs.

We are delighted to showcase a selection of stunning intimate wedding we have hosted during the pandemic…love most definitely wins!

"I would say that anybody debating about postponing, DON'T!

Our day was perfect despite Covid. Everybody at the Western went above and beyond to ensure our day went smoothly. It was so relaxed and we were able to enjoy every minute of it, spending time with our nearest and dearest. It was a blessing in disguise because we couldn't have pictured our wedding any other way now." 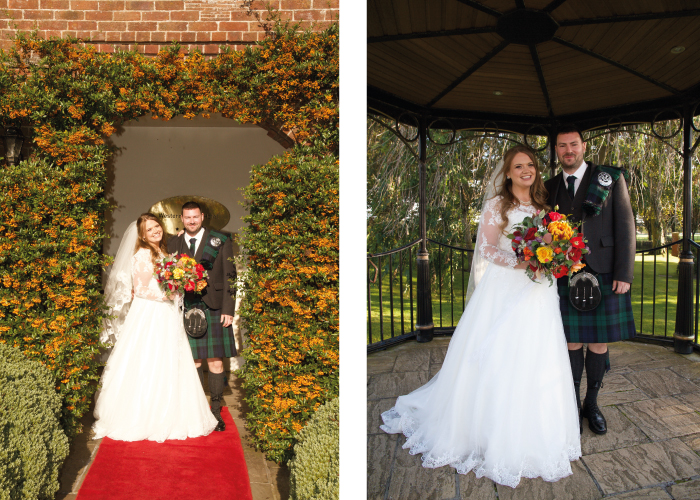 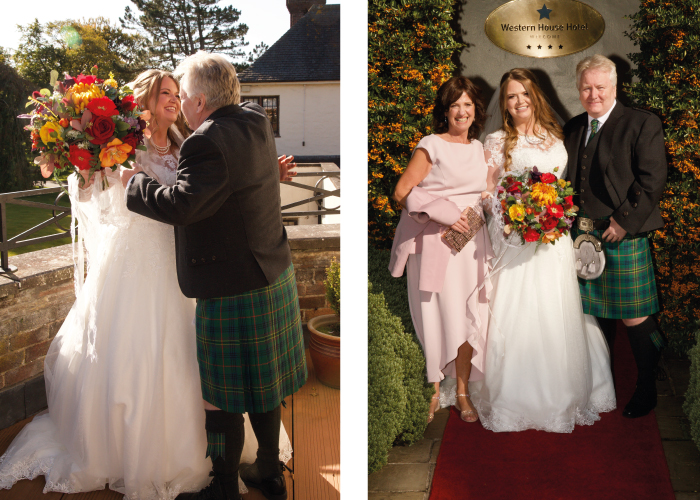 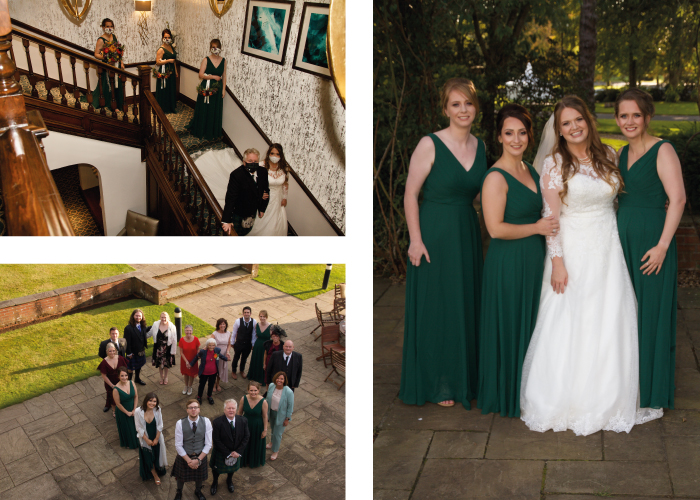 “The build up to our big day, at times, got a bit stressful due to current circumstances, however we’d made the decision that we wanted to go ahead with the maximum numbers of 20 and not postpone until a later date.

We had 20 adults at the ceremony and we can’t thank the Western House enough! When the big day arrived, we were both a bag of nerves as expected. The day went so smoothly from start to finish and every member of staff we dealt with were so friendly and helpful. Our day was better than we could ever have imagined surrounded by our nearest and dearest including our nieces and nephews. It was so relaxed, and we had the best time ever. The ceremony was perfect and that was followed up by a delicious meal that everyone enjoyed and we had our first dance in the band stand.

The full day flew in and we are so glad that we went ahead with our day instead of waiting any longer.” 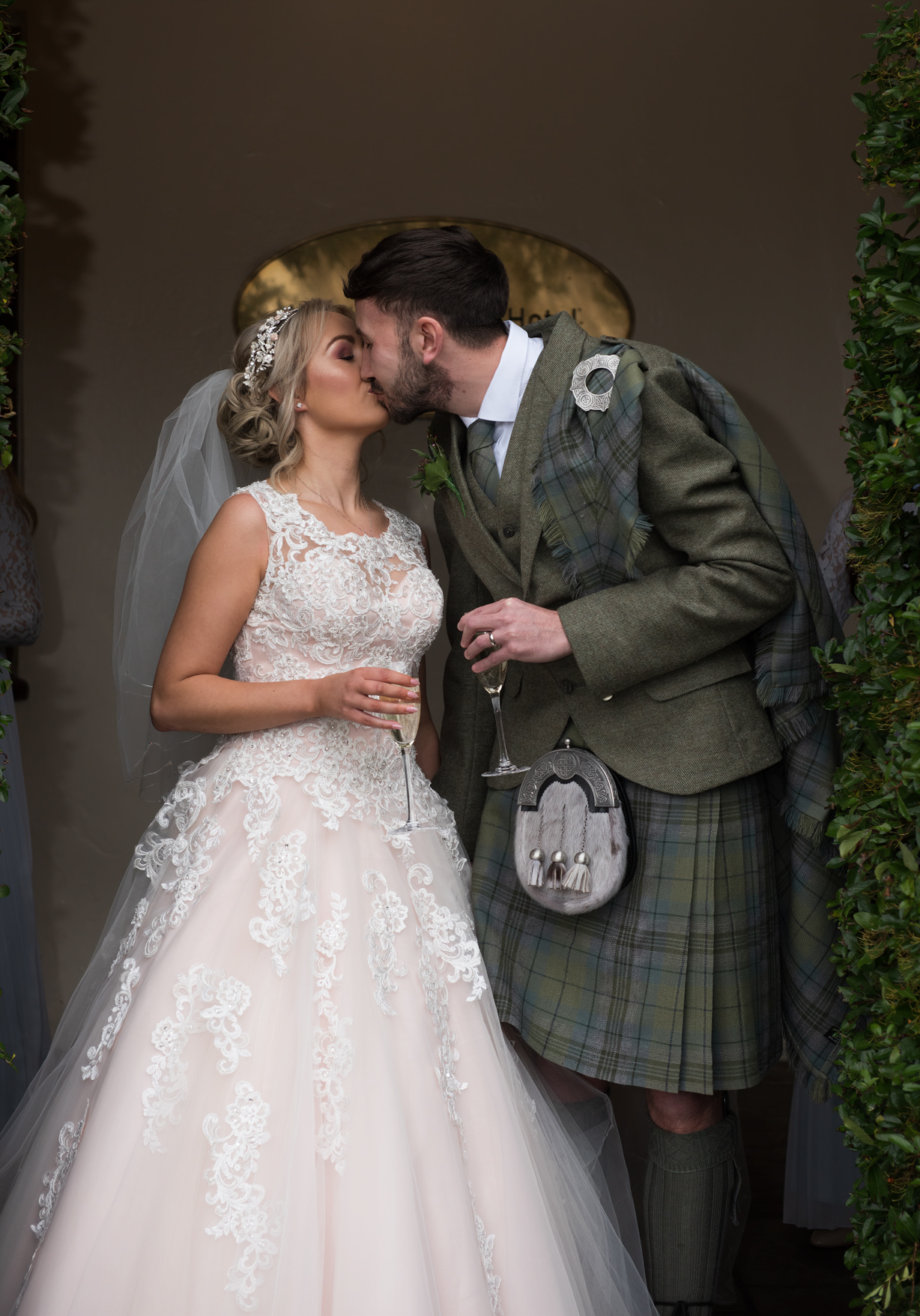 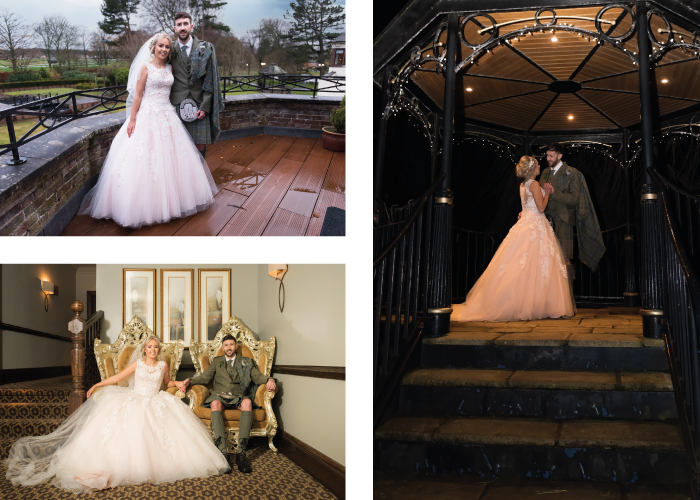 “We had a great day from start to finish and I can’t believe that the sun even made an appearance after the rain that we had in the morning. Thank you all so much for making it such a lovely day for us despite the ever changing restrictions! I’ve included some of our thoughts below for the feature but I’ll apologise now, as I have a tendency to ramble on!

Planning a wedding is typically known as being one the most stressful events in a couple’s life, but planning a wedding after Covid-19 emerged in the UK became a totally different level of stress. Back in March when the country was first placed in lockdown, we had initial nerves but never in a million years did we think it would impact our October wedding. Oh how naïve we were... We tried our best to wait for each government announcement and hope that it would bring us good news. With each announcement, the reality was, that our dream wedding was becoming more of a nightmare. Never did we think that we would be faced with contemplating a wedding with face masks, but without our family and friends, or without music and dancing.

It seemed that all of the parts of a wedding that were considered important were now restricted. As important as they are, we realised that they are not essential. In reality, we realised that all we needed was each other, a registrar to marry us and those nearest and dearest to us. In a world that had become so uncertain, the only thing that we were certain of, was that we loved each other and we wanted to get married despite the restrictions. We were granted a slight reprieve the week before our wedding when face coverings were made exempt for the bride and groom... it was a small victory but it felt huge to us that there was a hint of normality, in very abnormal times.

While it was not the wedding that we had planned for over 2 years, it was a wedding that we will treasure. There were no stresses on the day at all. Even the torrential rain gave way to sun shine. We all had a beautiful day from start to finish which was more relaxed and enjoyable than we ever thought imaginable. Our favourite part of the day was when we were officially married, we had such a challenging journey to get there and we just felt such overwhelming relief to have made it. We don’t regret our scaled back wedding, but still have the postponed celebrations to look forward to so we truly feel that we had the best of both worlds. 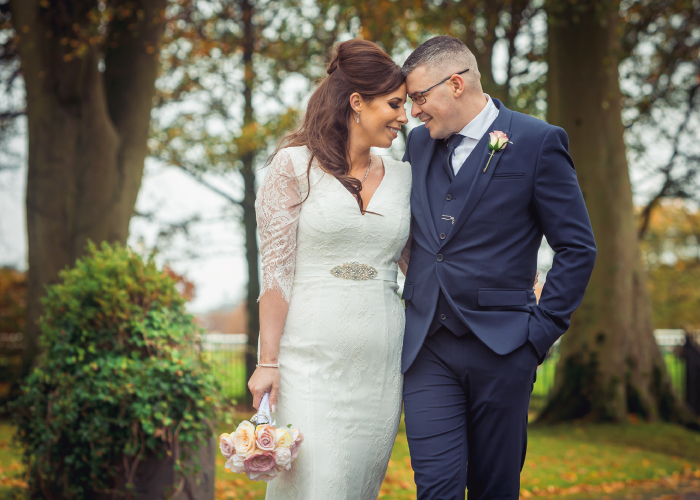 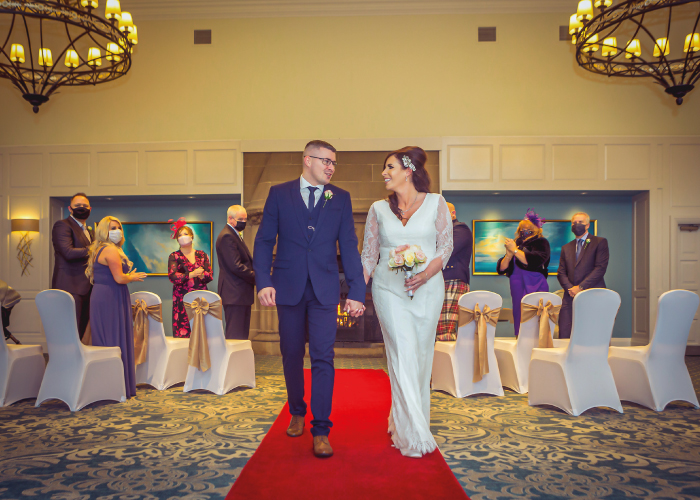 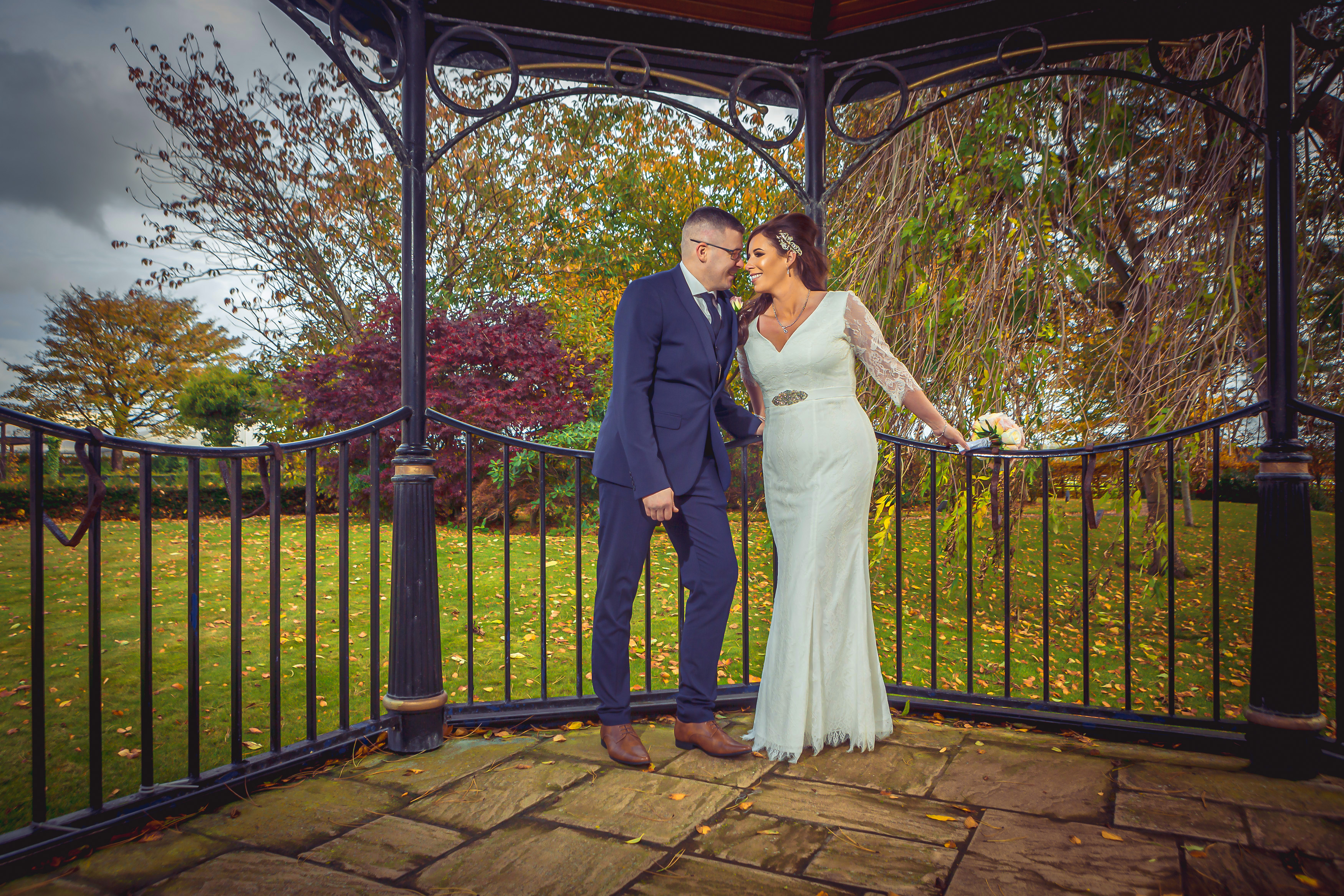 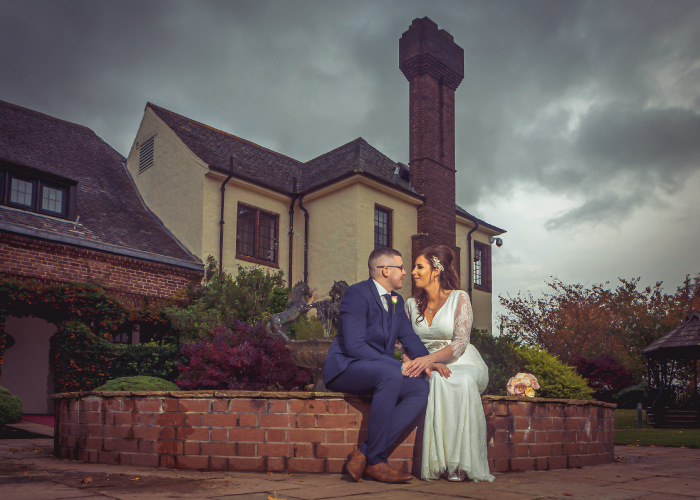 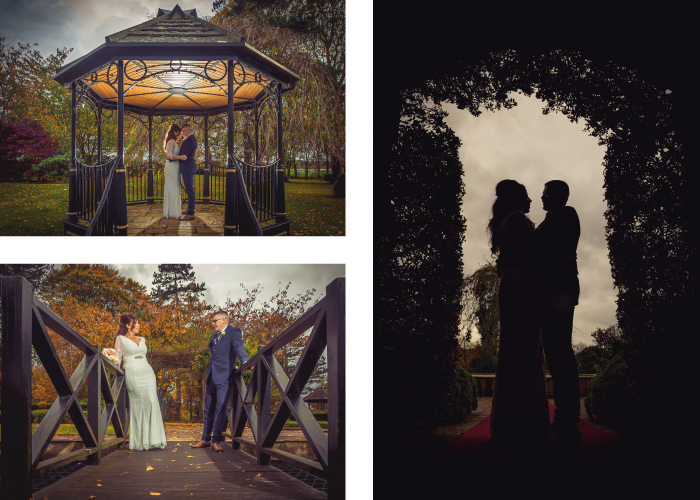 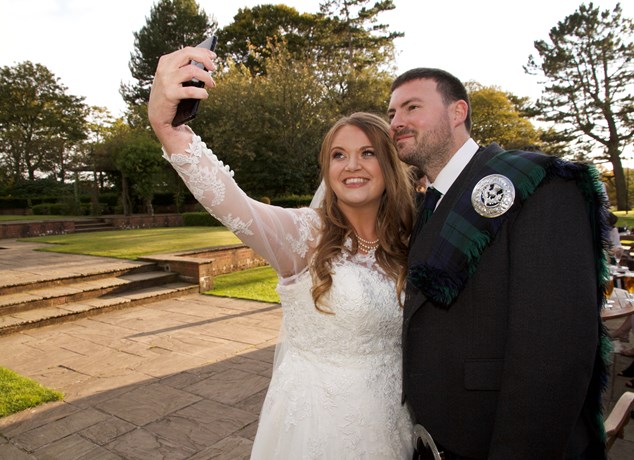 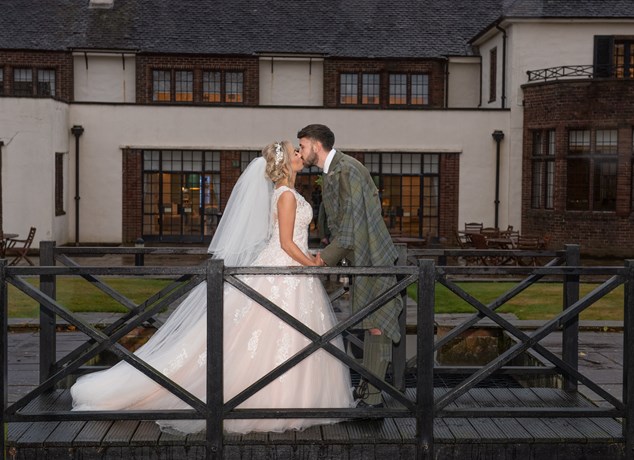 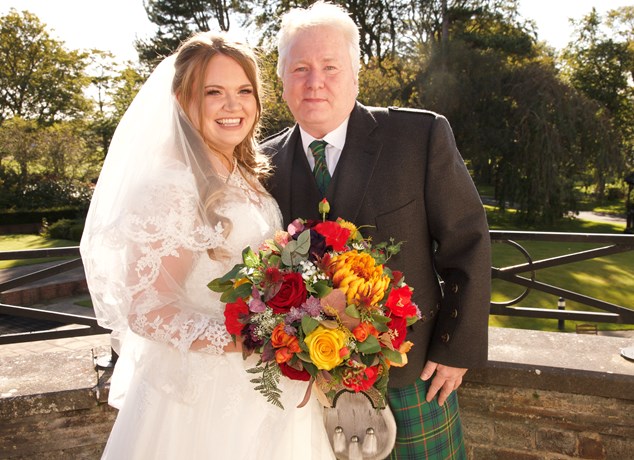 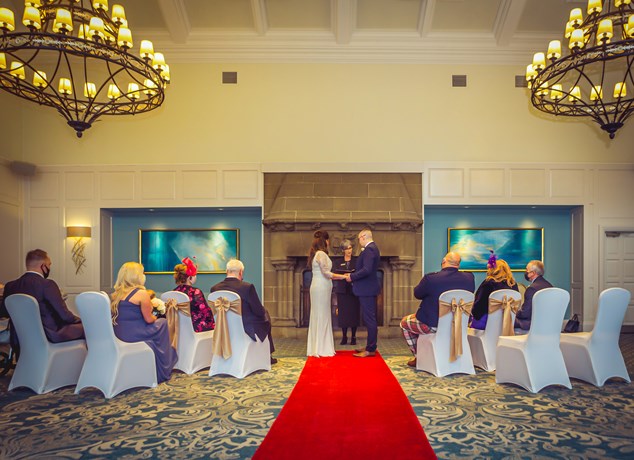 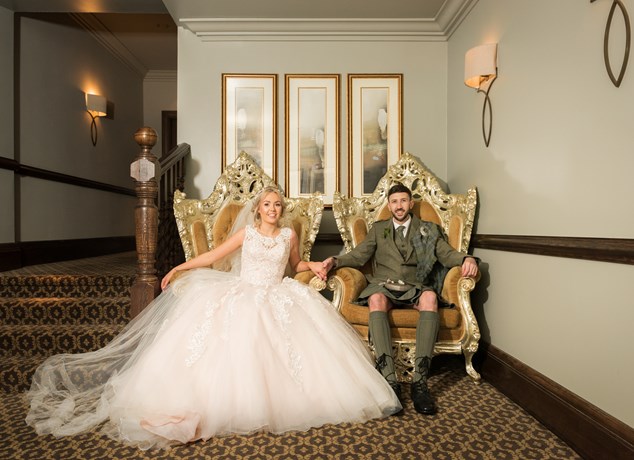 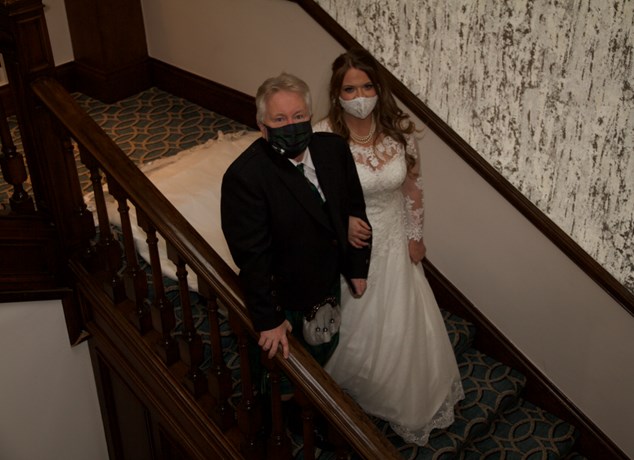 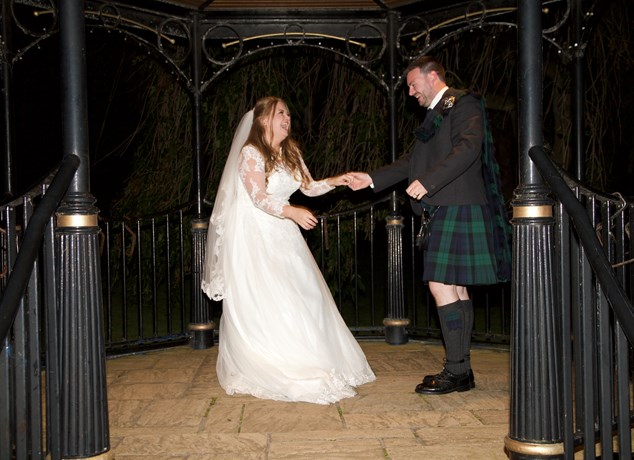 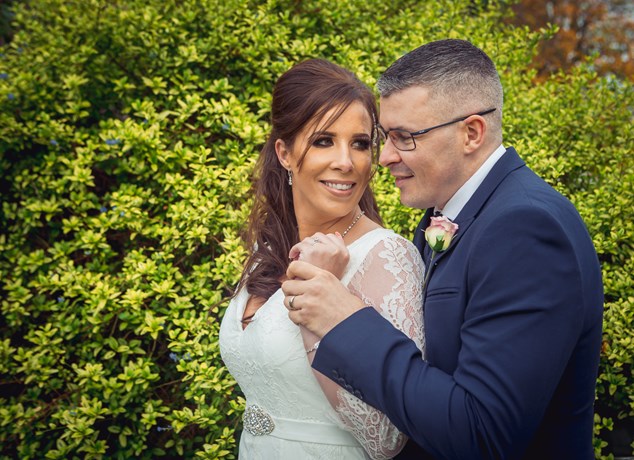 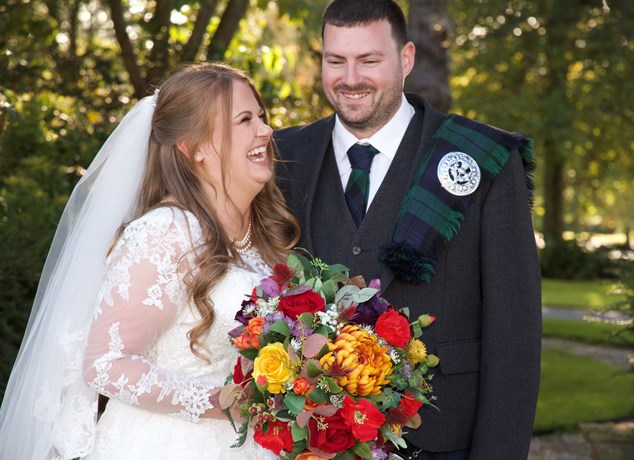